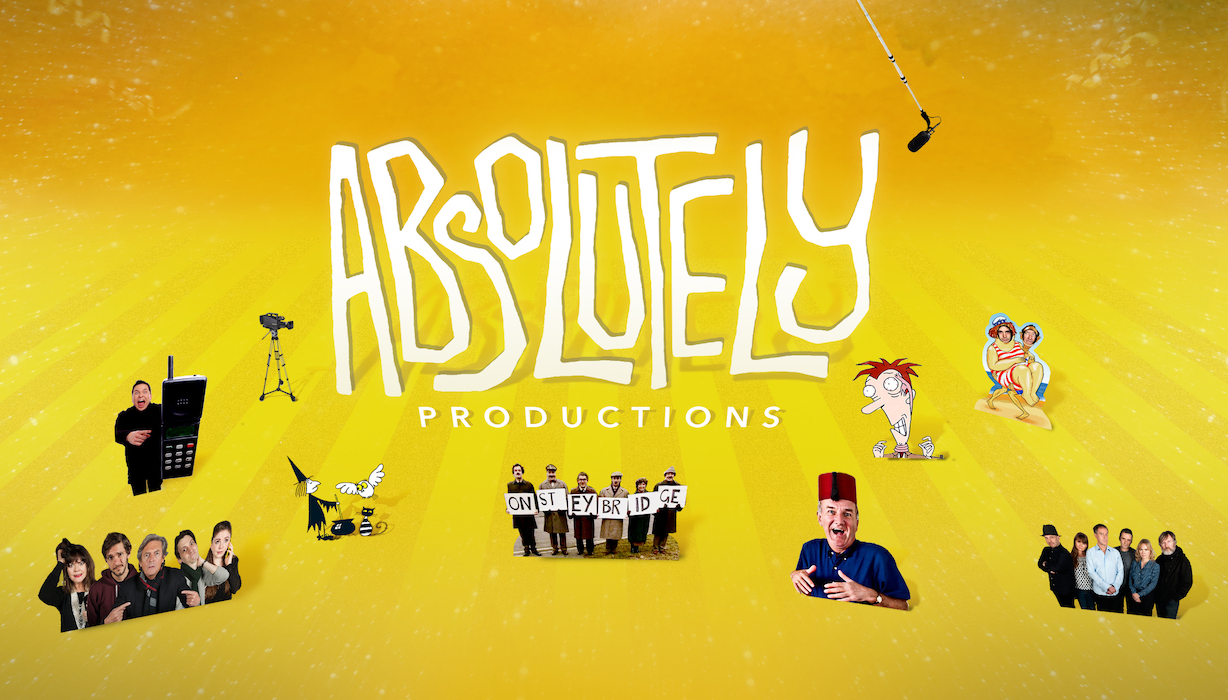 Absolutely Productions was formed in 1988 by a group of eight writer/performer/producers who wanted to work together and produce their own material. Since then it has been producing award winning comedy, comedy drama and factual programmes for Radio, Television and Film.

In the field of factual and factual entertainment Absolutely produced over 300 editions of The Jack Docherty Show the Uk’s first, and only, 5 night a week chat show, The Welsh Bafta nominated documentary ‘Is Wales Working’, and the Ob doc series ‘The Mount’.

On Film, along with producing many shorts the company co-produced Morwenna Banks critically acclaimed debut feature The Announcement which won the NY International Film Festival award for best foreign feature.

On Radio Absolutely has built up a large slate of popular and award winning radio comedies and dramas, starting in 2005 on Radio 4 with Hilary Lyon’s Baggage.

Since then Absolutely has won two BBC Drama Audio Awards with Reluctant Persuaders and The Absolutely Radio Show and produced a host of popular comedies from established and new writing talent including Ian Brown and James Hendrie’s The Break, and Rob Grant and Andrew Marshall’s Sci Fi Comedy The Quanderhorn Xperimentations all for Radio 4 Comedy along with the popular panel show Gaby’s Talking Pictures.

More recently Absolutely has continued to produce an ever-expanding slate of Radio dramas and comedies, in 2018 the company produced 9 different radio series and pilots, whilst also continuing to develop projects for TV and Film.

The company is run by Gordon Kennedy who has acted in, produced, and written many of the shows above.