“The balance between comedy and quiz is perfectly balanced, like Have I Got News For You. This has legs.” Radio Times 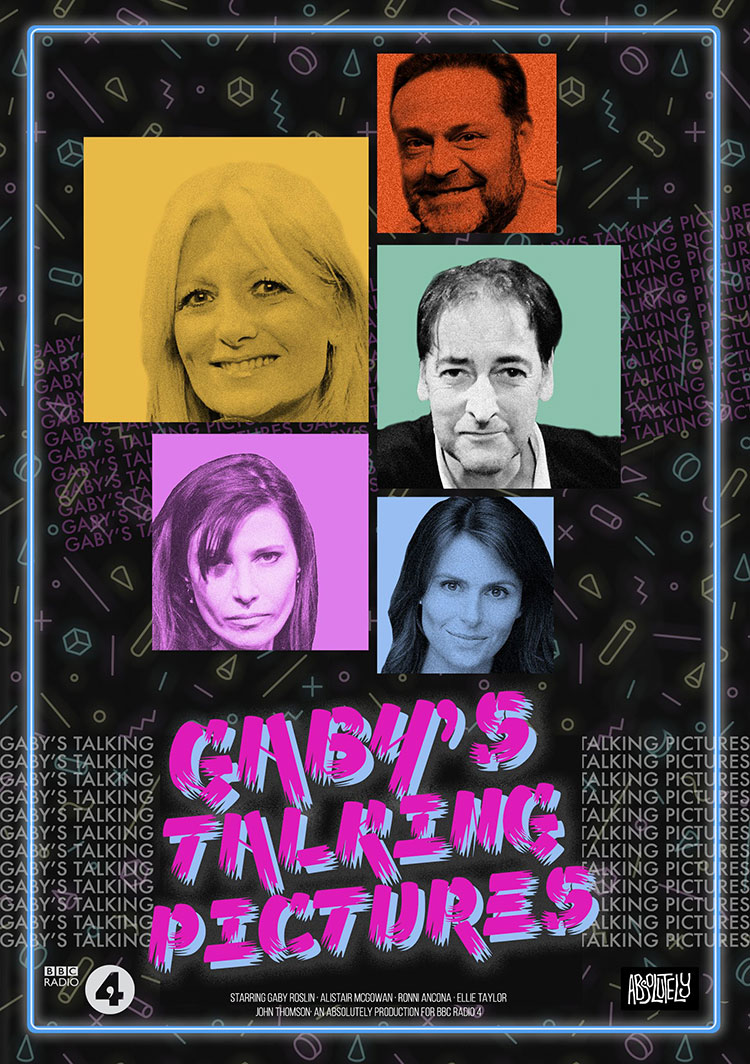 Gaby Roslin brings radio’s funniest movie quiz back to Radio 4 for 6×30 episodes. Packed with film trivia, brilliant impressions and comedy guests, it all begins on Sunday June 10th at 19:15

Gaby is the host and she is joined each week by Alistair McGowan and Ronni Ancona, who showcase their incredible vocal talents by impersonating a new and eclectic mix of celebrities.

This show celebrates our love of film and takes comedy panel shows in a new and exciting direction.

The team captains are actor John Thomson and comedian Ellie Taylor and the guest panelists are drawn from the world of film, TV and comedy. The cast list includes Sally Lindsay, Stephen Tompkinson, Richard Herring, Emma Kennedy, Marcus Brigstocke and many more.

In the first show Lucy Porter and Iain Lee join the teams as Gaby tests their movie knowledge to breaking point with a plethora of re-voiced iconic movie scenes narrated by some unlikely celebrities as re-imagined by Alistair and Ronni. John Bishop (brilliantly conceived by Alistair) crops up in the first episode, but what film is he now the star of? Meghan and Harry also make an unlikely appearance in a hit movie, but who were the original stars?

This show will engage, intrigue and surprise the listeners. It is firmly rooted in mainstream cinema past and present, with films we all love and the stars we feel we know.

This show is for anyone who likes films.