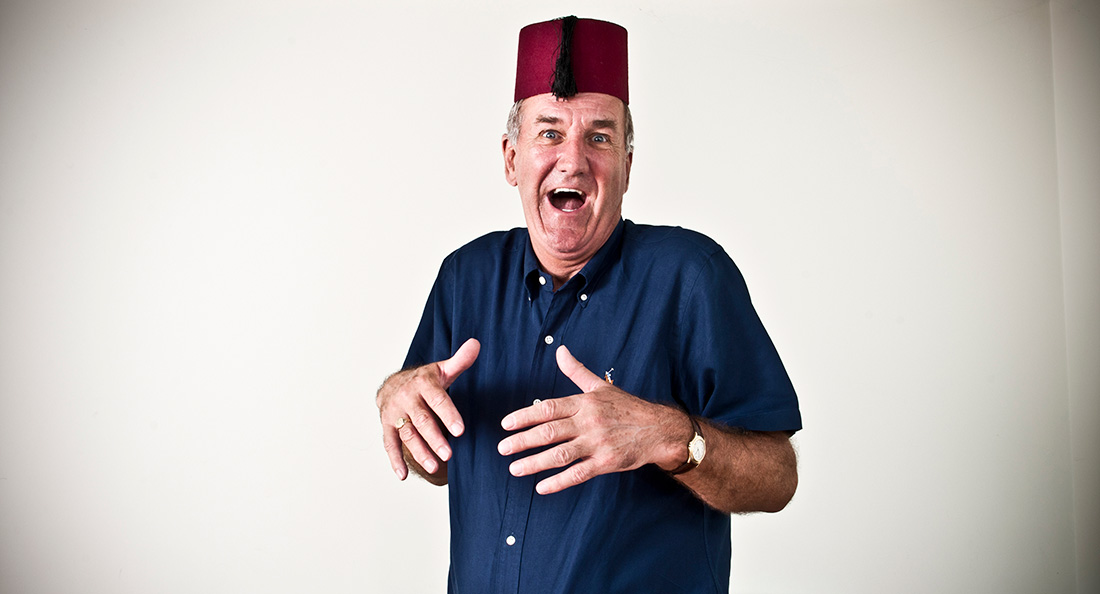 Did you know and work with Tommy?

I knew Tommy but never worked with him. I knew him for so long that I can’t really remember the first time I met him. I know we were in Manchester together – I was in the Black Abbot’s playing the Golden Garter and he was in a club called Fagins so we hooked up now and again. We did spend time together when I was playing the Princess Theatre Torquay and he was at the Festival in Paignton and we used to meet for a regular Sunday pint. He liked a tipple! I’ve even got him in my private video footage filmed at that time.

I do remember the last time I saw him. He gave me a manuscript to read, he’d written down an idea for a book. I was very flattered that he wanted me to read it and give him my opinion. It was all typed on A4 paper. Just 22 pages. Sadly I never got the opportunity to give it back to him or share my thoughts on it with him. It was a great honour – and no-one else has ever seen it.

Did he influence you and have an effect on your career?

I was on at the London Palladium the week before he died doing Cooperman and Gwen, his wife, told me he laid on the chaise longue watching it on TV and calling me all the names under the sun! After the funeral we all queued to pay our respects to her and she stopped me and whispered in my ear that he thought I was the cat’s whiskers. Coming from him – well I’d never been paid that kind of compliment before.

How did you approach the role in Glass Chair Chair Glass?

Very carefully. There are parts in the play which don’t do him many favours – another side to him. I was apprehensive at first but my mind was eased by the fact that the family had been informed of the production and were happy for it to proceed. I also felt that actually the play wouldn’t do him justice if it was just a superficial two-dimensional portrayal of the man that everyone knew. He was worth more than that. He was so very talented, but with that talent came a complexity and depth that didn’t always chime with his public persona. It was a gift of a part for any actor but I’m glad I was able to do it. I hope I captured the essence of him – but with sympathy. He really was a towering talent and I have the greatest respect for him.